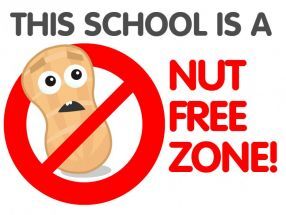 It is possible that at some time during the student’s school career, he/she will contract one of the common diseases of childhood. The minimum period of absence required from school for each one is set out as follows:

MEASLES: Exclude for at least 4 days after the rash appears or until a medical certificate of recovery is produced. Unimmunised contacts should be kept at home for 14 days.

GERMAN MEASLES (Rubella): Exclude for at least 4 days from appearance of rash.

CHICKEN POX: Exclude for at least 5 days after the first spots appear, or when blisters have all crusted.

MUMPS: Exclude for 9 days from the onset of the swelling and until fully recovered.

HEAD LICE: Exclude until head is completely cleaned, neither nits nor lice being present.

INFLUENZA: Exclude for 5 days after appearance of first symptoms.

RINGWORM: Exclude until a medical certificate is produced stating that lesions are inactive.

CONJUNCTIVITIS: Exclude until discharge from eye has ceased.

IMPETIGO: Exclude until treatment starts. Allowed at school if sores are being treated by doctor, and are covered with a water-tight dressing.

WHOOPING COUGH: Exclude for 14 days from the onset of the whoop or until 5 days from start of a 14 day course of antibiotic has been completed. Unimmunised students may be excluded.

Immunisation records are to be supplied to the school at the time of enrolment.

THE ADMINISTRATION OF MEDICATIONS AT SCHOOL
Students who are sick should be kept at home, both to hasten their recovery and to prevent spread of the infection. On occasions it becomes necessary for children to be given medication during school hours. Teachers take this task very seriously and accept it most reluctantly. Parents are reminded of the human limitations and the demanding situation of a school day. Teachers do everything in their power to ensure that the medication is administered as prescribed. They cannot, however, be held responsible for human error in this regard.

No Medication is administered without written request from a parent or guardian.

We hope you all enjoy the new website and any feedback will be much appreciated.